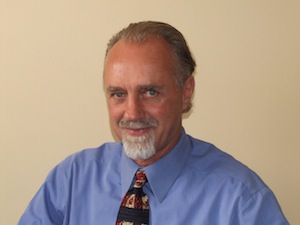 Douglas G. Murken left his native Philadelphia, after graduating from Cornell University, in search of his California dream of being an attorney in San Francisco. He attended Golden Gate University School of Law and was admitted to the bar in November 1979.

While attending law school Doug met Monroe A. Seifer, another student and East Coast emigrant. Doug and Monroe became friends, and ultimately decided to open a law practice together. “What is now Seifer, Murken, Despina, James & Teichman started with Monroe and me more than 30 years ago. I am proud of what this firm has become and the reputation we’ve built. I wish Monroe was still alive to share the rewards of what we started.”

Doug’s practice focuses on taxation, business transactions and real estate transactions. “We grew the law firm based on the tax preparation business Monroe started after his employment as an IRS auditor”. Doug has prepared thousands of personal income tax returns, and represented clients in IRS audits, in Franchise Tax Board audits, before the IRS Appeals Division, in the U.S. Tax Court, in the U.S. District Court, and before the California State Board of Equalization.

“The business and real estate work was a natural extension of my tax practice.” Doug forms corporations, partnerships and limited liability companies for his clients on a regular basis. He also prepares contracts for his business clients. Doug routinely reviews real estate purchase/sale agreements, and commercial leases. He serves as general counsel for several Bay Area businesses.

“My greatest satisfaction as an attorney comes from working with people, especially when it involves solving a problem or easing a burden. I’ve had the good fortune of knowing the vast majority of my clients for more than ten years, many for more than twenty, and some for more than thirty. Most of my attorney-client relationships feel more like a friendship than a business transaction”.

Doug is a member of the State Bar of California, the San Francisco Bar Association, and the Business Law Section of the California State Bar.